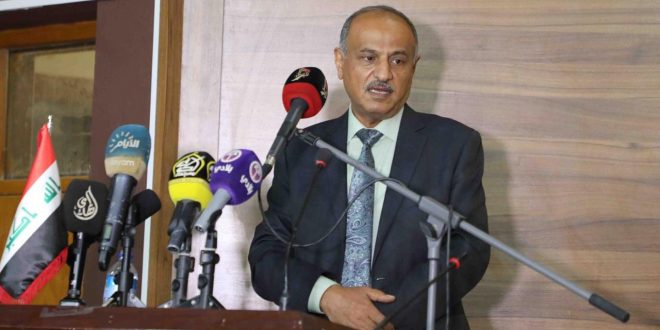 The start of the activities of the Husseinian Renaissance Conference

Under the auspices of the President of the University of Kufa

This Monday morning, 19/19/2020, was inaugurated at the Hall of Mujaddid Muzaffar in the College of Jurisprudence. The international scientific conference marked with

(The impact of the Hussaini renaissance in building a healthy society), where the opening session began with reading verses from the Holy Qur’an, reading Surat Al-Fatiha on the souls of the martyrs of Iraq, listening to the national anthem, then a welcome speech from the dean of the college, Prof. Dr. Sattar Jabr Alaaraji, the respected,

In it, he dealt with the nature of the Husseinian renaissance and the most important value milestones in it, highlighting its connection with the movement of the Prophets (PBUH) in their confrontations with the forces of tyranny, tyranny and deviation

And the fact that Hussein (PBUH) inherited from them this position in response to his responsibilities towards the nation in its leadership on the path of reform and awareness of the college and the university of the role required today of strengthening the spirit of rejection of deviation and tyranny and the necessity representing the values, slogans and approach of the Husseinian revolution by assuming the necessary role by directing scientific academic research for the dimensions of the Renaissance and its employment in The process of reform and positive change in society

Then the President of the University of Kufa, the respected Prof. Dr. Yasser Lafta Al-Ojaili, gave a speech in which he addressed the renaissance of Imam Hussein, peace be upon him, and the lessons and lessons that were inspired by them, and the need for the connection to be real through employing its data in self and social reform and praised the pioneering role of the college in the establishment of activities, conferences and cultural seasons And intellectual

This was followed by a speech by the Chairman of the Committee of Deans of the Colleges of Islamic Sciences in Iraqi universities, Prof. Dr. Muhammad Jawad Al-Taraihi, then a speech by the Chairman of the Preparatory Committee for the Conference, Prof. Dr. Blasim Aziz Al-Zamili, in which he spoke about the nature of research and studies that reached the scientific committee, stressing the committee’s keenness in Selecting the research related to the topic of the conference, then thanked the president of the university, the respected dean and the committees that contributed to the holding of the conference, and after that, Dr. Muhannad Mustafa Jamal al-Din gave a poem about Imam Hussein, peace be upon him, and then the session concluded with the distribution of certificates of appreciation to the respected university president And to the Chairman of the Deans’ Committee and the Chairman of the Preparatory Committee, and to the satellite channels that attended the opening of the conference, 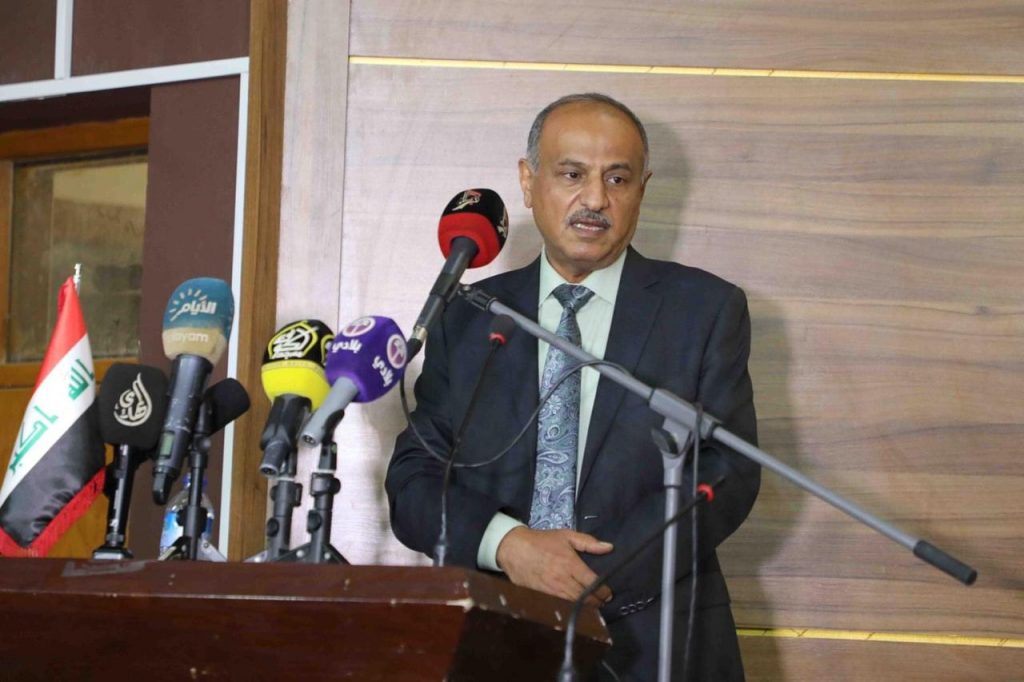 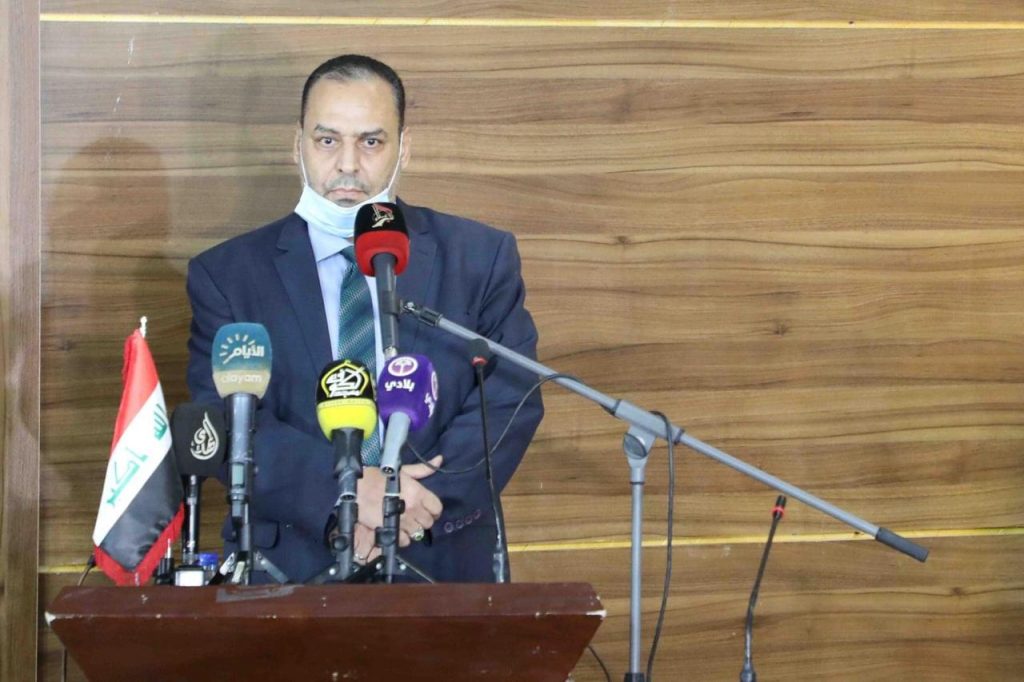 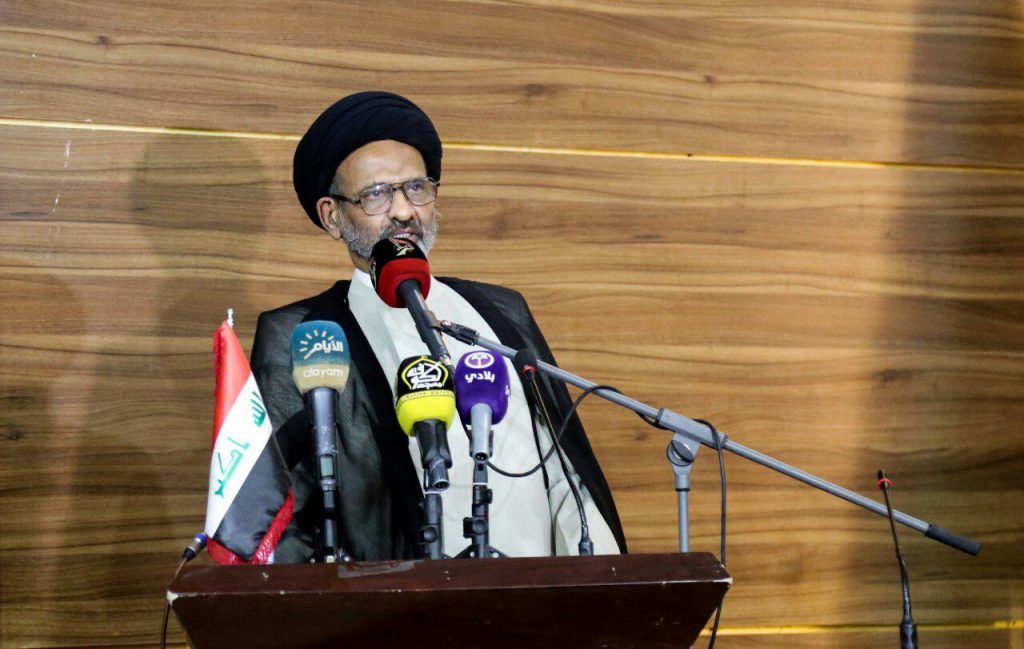 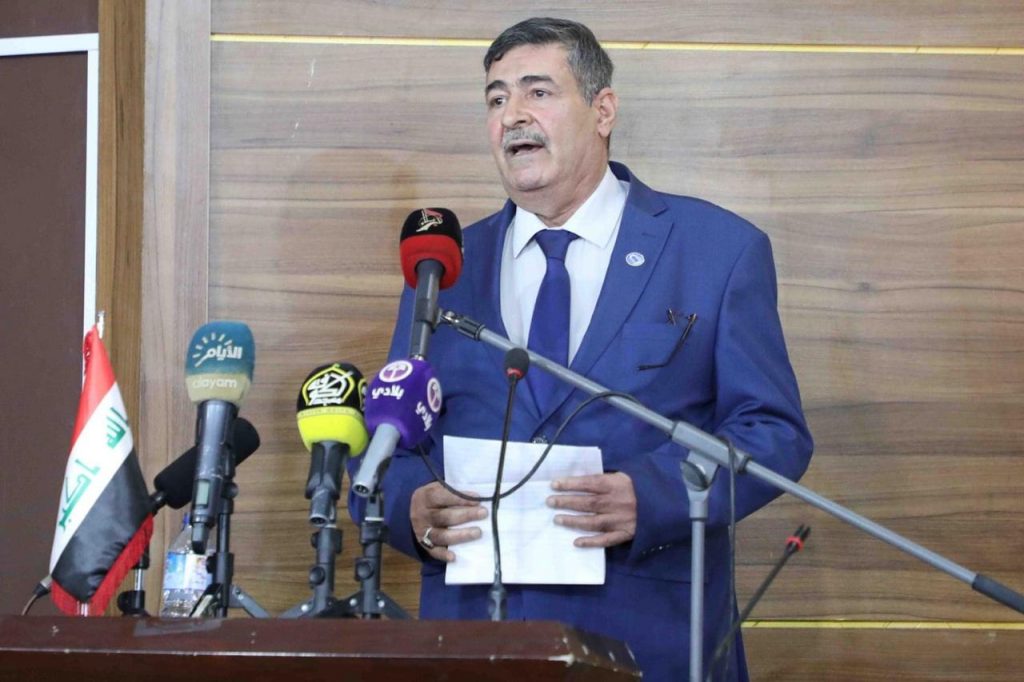 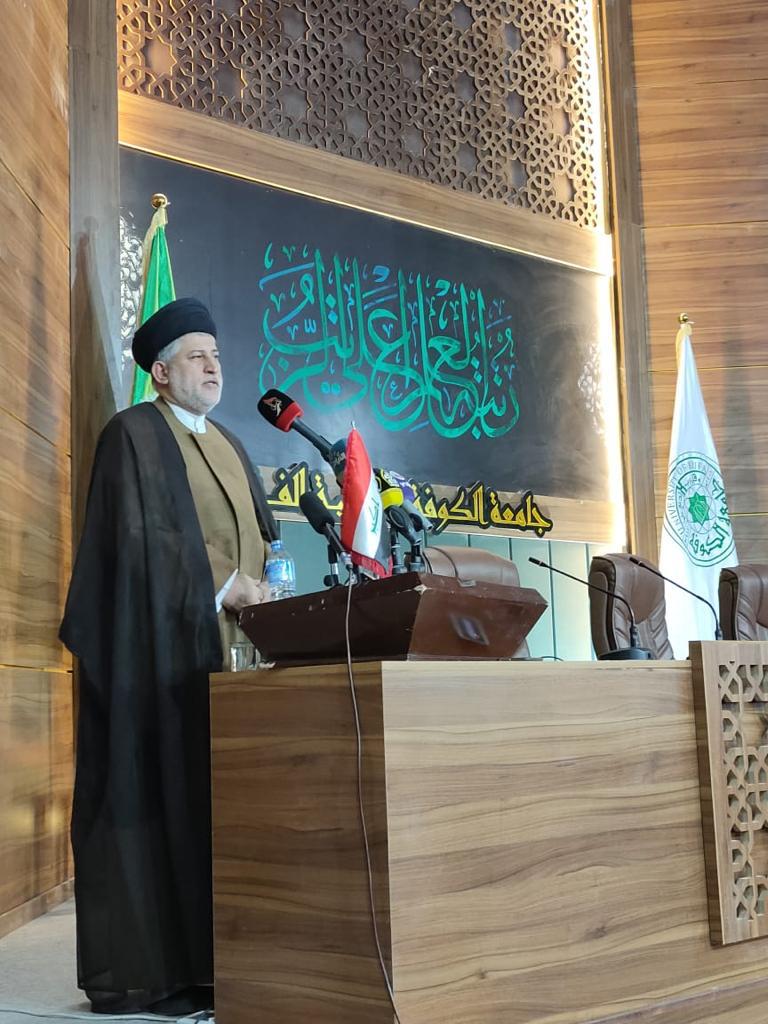